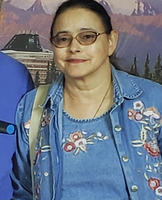 Florence P. Tees, age 80, of Westwind Manor, Franklin, NJ died Saturday, November 21, 2020 at Newton Medical Center, Newton, NJ. She was preceded in death by her husband of 51 years, John D. Tees Jr., in 2015. Born November 2, 1940, in Brooklyn, NY, Florence was the daughter of the late John A. and Helene (Ransley) Peirano. She was a graduate of Fairleigh Dickinson University in Teaneck, NJ, where she earned her Bachelors and Masters degrees. She worked as an accountant until her retirement. A former resident of Ridgewood, NJ, she moved to Newfoundland, PA in 2005, but moved back to New Jersey after the death of her husband. Florence was truly a world traveler. She loved the National Parks and made it to all 50 states. She traveled through Europe and the Far East, and of course she loved to cruise. She dragged her husband John around the world circling Australia and South America and extensively throughout the Caribbean. After he passed she and her travel buddy Anita continued to cruise, including Scandinavia and on to Russia, Alaska, and a 71 day journey around Africa with nearly 50 ports of call. She amassed more than 150 countries and even last fall had traveled to Israel and Jordan on her own. She had great plans and was set to go to India and Nepal, again on her own, in late March before the shutdown messed with all the plans. She suffered a minor stroke in July which affected her eyesight, going into near total blindness over the summer. She moved from Hoboken NJ to assisted living in Franklin NJ in September 2020. She is survived by one son: John Tees III and his wife Diane of Vernon, NJ; one sister: Deborah Allbach of Bedford, TX; and one brother: Peter Peirano of Ridgewood, NJ. She was preceded in death by a daughter, Suzanne.