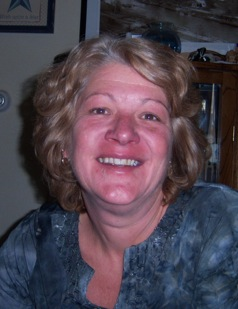 Deborah was the daughter of the late James and Virginia (Davey) Harris of Massapequa, Long Island and Lakeville Pa.

She was born on December 4, 1960 in Amityville, Long Island and moved to the Lake Wallenpaupack area when her father retired and they built a home off Crane Road in Ruffed Grouse. She finished high school at Wallenpaupack Area, graduating with the Class of 1979.

She is survived by her husband, Brian S. Laabs of Cromwelltown, her daughter, Amanda C. Reed and husband Martin of Honesdale, son, Sterling August Laabs of Hawley, and grandaughters Hailey E. Laabs & partner Mike Austin of Milanville, PA and Alexandria Reed of Honesdale, her faithful companion, protector and snuggler Roxy and her sister Kathleen Harris, and nephew Nicholas Rizzi of Lakeville.

Deborah worked many years in real estate and attended Lackawanna Junior college earning a business degree and continued her education to include becoming a Certified Nurses Aide and an EMT, all the while raising her children along with her husband. She was a volunteer with Hawley Ambulance for many years, which she found hugely rewarding. During that time she found a love for the well-being of elderly area residents and providing home health care for many. She treated all her patients with love and respect as though they were all her parents and would provide them all with care and compassion.

Debbie was an avid baker and cook, perfecting her homemade apple and fresh pumpkin pies, homemade dishes and snacks for the family's annual Christmas Eve parties attended by many family and dear friends. Her legendary ancestral "Clam Dip" was coveted by all who scooped it onto chips.

She was an accomplished Scuba Diver, traveling to many dive sites in this area plus Belize, the Great Blue Hole, the Delaware River and the Florida Keys. She was most at ease in the water or running barefoot in the sand and enjoying the sun. Virginia Beach was her favorite destination for camping on the dunes and taking in the warmth overlooking the Chesapeake Bay.

She was an avid gardener growing vegetables and flowers just for the fun of it, using everything in her homemade recipes.

Deborah and Brian were to celebrate their 39th Anniversary on December 25, 2019. They were married in St. John's Lutheran Church, Honesdale, on Christmas Day in 1980. The pair were inseparable and enjoyed quiet evenings just sitting on their numerous patios with a blazing fire enjoyed by family and friends listening to the running water of their mountain stream.

The family would like to thank the many nurses, aides and specialists of Pinnacle HealthCare of Tafton and Wayne Memorial Hospital, and the Hospice Unit, for the care and compassion they afforded her in her final weeks. They provided care unequaled by any other. Debbie was an organ donor who thought that providing for others after her passing was a tribute to her profession and hoped that more would consider doing the same.

Share Your Memory of
Deborah
Upload Your Memory View All Memories
Be the first to upload a memory!
Share A Memory
Send Flowers