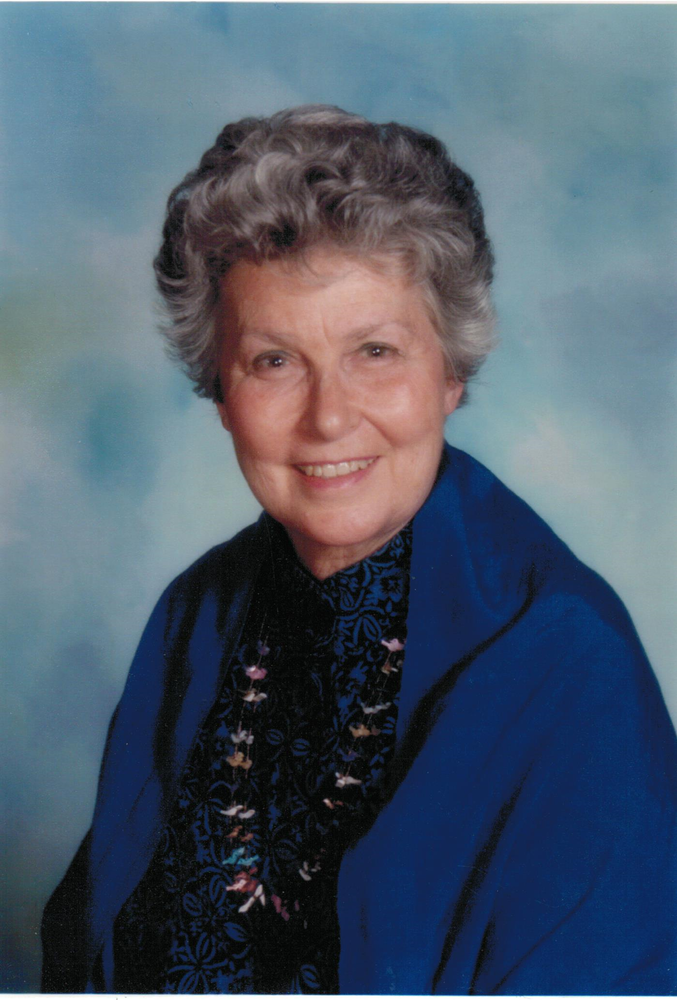 Please share a memory of Marjorie to include in a keepsake book for family and friends.
View Tribute Book
Mrs. Marjorie C “Peggy” Murphy, of Hawley, died July 1 peacefully at home attended by her children and grandchildren during her final months battling cancer. Peggy had just celebrated her 92nd birthday. Marjorie Mary Carlon was born on June 27, 1929. She was the elder of two daughters born to the late Joseph M. Carlon and Margaret Guinan Carlon of Springfield Gardens NY. Peggy attended Andrew Jackson HS in St Albans Queens, NY and kept in touch with her classmates throughout her life. Peggy was graduated from Adelphi College on Long Island with a B.S. in Education and after graduation Peggy taught at the Eastside Settlement House and then later in Eldred NY. Throughout her life Peggy was dedicated to education and the arts, theatre in particular. Her father Joseph, a vaudeville musician himself, was thrilled when Peggy began performing on a WYNC Radio children’s show working with professionals such as Jessica Tandy and Pat O’Brien. He was even more thrilled when she won a spot on a panel show “There Ought to be a Law”. Peggy was a member of the Karl William Players in NYC and studied at the Fagan Dramatic School, and the Barbizon School of Modeling. Later Peggy studied with the renowned acting coach Eve Le Gallienne – then proclaimed to be the recipient of more honors and awards than any other woman in the American Theatre. Ms. Le Gallienne was a true mentor and helped Peggy develop the abiding love of theatre she carried with her throughout her entire life. Peggy instilled that love of theatre in her children, grandchildren and great-grandchildren, along with upwards of a thousand local residents who have performed at the Ritz Playhouse over the past 48 years. Peggy was not unfamiliar with Hawley growing up. Her father’s family were longtime residents of the community. As a young girl Peggy would often visit the area and then in 1947, after being stuck in a snowstorm preventing her from getting back to NYC she met Richard M. Murphy at a New Year’s Eve party in Hawley. The two continued to see each other and were married in 1949. The newlyweds bought a house in Hawley, began restoring it and raising their family of 5 children. Throughout all those years while raising her family Peggy felt a responsibility to the Hawley Community and its people. True to her dedication to education, “…one of the most important things there is…”, in 1961 Peggy was part of a group of citizens who started the Hawley Public Library. Peggy was a Girl Scout leader for many years and twice served on the board of the Scranton Pocono Girl Scout Council; was chairman of the Wayne County Chapter of United Cerebral Palsy for seven years; a past president of the Hawley PTA; was a member of the Altar and Rosary Society of Queen of Peace RC Church in Hawley and taught Sunday School. Peggy served for dozens of years as a Democratic Committeewoman. Since the early 1970’s Peggy served on the Wayne County Housing and Redevelopment Boards and served on the National Committee of Housing and Redevelopment Association. Peggy was a member and Past President of the Wayne County Historical Society, Wayne County Democratic Committee; Member and past Vice-president of The Hawley Library Board of Trustees and in 1973 was co-founder and Treasurer of the Company Players, Inc. Hawley. The community theatre she started and where she served as Artistic Director, board member and driving force, will celebrate its 48th season of live theatre here in Hawley this year. Despite all her civic involvements Peggy still found time to raise her family, run an antique business, tending her flower garden and research, with great fervor, her family’s genealogy. Peggy was truly a woman who made a difference in her community and beyond. Peggy was the recipient of numerous honors and awards in her life, but she was most proud of being a recipient of the Albert G. Rutherford Award presented by the Wayne County Bar Association and the Dorflinger Sanctuary to Wayne County citizens, or organizations, in honor of their outstanding service to Wayne County through specific activities. She was also a recipient of the Elizabeth B. Wells Memorial Award, which each year celebrates the accomplishments of an outstanding commissioner. This award is presented by the National Association of Housing and Redevelopment Organizations. Peggy was pre-deceased by her parents Joseph M. and Margaret (Guinan) Carlon, her husband Richard M. Murphy, a son Carlon Murphy and a grandson Jason Weiskerger. Peggy is survived by, her sister Barbara (Carlon) Quintana of Puebla Mexico, her sons John Warren of Sun Valley CA, James Richard of New York City, NY., her daughters, Susan Margaret Gabrielson of Hawley PA, and Samantha Jane Gilsenan of Shannon, Ireland., her grandchildren, Jessica Sutton of Hawley, Jonathan Gabrielson of Dundalk Ireland, Mackenzie Jeffrey of Wilmington North Carolina, Jane Jeffrey of Baltimore MD and Jeremy Murphy Texas, great-grandchildren Diana Sutton and Archer Sutton of Hawley PA, Brigid Gabrielson of Dundalk Ireland and Faith Murphy and Jason Murphy of Texas, and her beloved nieces and nephews here and in Mexico. A celebration of Peggy’s life will be held on Monday July 12th, 2:00 pm – 5:30 pm at Teeters Funeral Chapel, Hawley. Words of Celebration and Remembrance will be offered at 5:30 pm In lieu of flowers, Peggy requested that memorial contributions be made to the Ritz Company Playhouse, the Hawley Public Library or the Wayne County Historical Society.
Monday
12
July

Words of Celebration and Remembrance

Share Your Memory of
Marjorie
Upload Your Memory View All Memories
Be the first to upload a memory!
Share A Memory
Plant a Tree