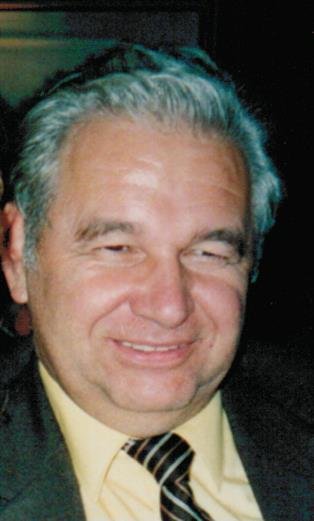 Please share a memory of George to include in a keepsake book for family and friends.
View Tribute Book
George G. Kerst, age 82, of Tafton PA died Saturday, July 31 2021 at Geisinger Community Medical Center in Scranton. George was born December 4, 1938 in Brooklyn, New York and was the son of the late Everett W. Kerst and Mabel V. (Royael) Kerst. Along with his sister, the late Marion Kerst, the family moved to Saint James, New York in the early 50’s where they opened and ran a small grocery store in town. George attended Smithtown High School. He met his first wife, Renate (Kuri) Morrison, at the beach in Head of the Harbor. They were married for 25 years and together they raised two sons, George R. Kerst of Lakeland, Florida and Michael E. Kerst of Mystic, Connecticut. George was like a big brother to Renate’s siblings Lorraine, Linda, Gisella, and Richard. George started his career at the George Jackson bus company as a bus driver where he developed a lifelong passion for school buses. His eventually became the Transportation Supervisor for the Smithtown Central School District where he worked for 35 years. Later in his career at a transportation conference he met Barbara (Hahlbohn) Kerst, also a transportation supervisor and equally passionate about school buses. They were married for 30 years and during those years George cherished and nurtured her children Donna L. Doran of Milan, New Hampshire and Leon D. Schoemmell of East Setauket, New York with equal love and caring as his own. George and Barbara spent many weekends in Tafton, Pennsylvania where, upon their retirement, they settled full time. In his retirement George loved boating on Lake Wallenpaupack and spent time RV travelling with his dear “Honey bunny” Barbara. He loved to bowl and play softball, which he played well into his fifties. He coached little league for many years and attended nearly all of his kids sporting events. He loved his pets, especially his rescue dog Tiger. Throughout his life whether it was in support of family, friends or work colleagues, George was the person that we all could depend on to be there when we needed him. He was a man of few words and strong character who believed in hard work, honesty and commitment and he taught this to all of us, particularly his children and grandchildren, through his actions. His mentorship of grandson Patrick is the perfect example. A loving and devoted husband, father and grandfather, he is survived by his wife Barbara, her daughter Donna and husband Ronald Doran and their son Patrick and wife Sasha; her son Leon and wife Kathy Schoemmell and their children Alexandra and Brian; his son George and wife Veronica Kerst, their children Danielle, Shawn, Zachary and Olivia and grandchildren Lillie, Sophia and Isaac; and his son Michael and wife Kimberly Kerst and their children Kelly, Matthew and Andrew. Calling hours will be Sunday, August 15th from 11 AM to 2 PM at Teeters' Funeral Chapel, 505 Church St, Hawley, PA, with a funeral service at noon, with Pastor Adam C. Reinhardt officiating. In lieu of flowers, the family respectfully suggests donations be directed to Dessin Animal Shelter at https://dessinshelters.com in the name of George G. Kerst.
Sunday
15
August

Share Your Memory of
George
Upload Your Memory View All Memories
Be the first to upload a memory!
Share A Memory
Plant a Tree