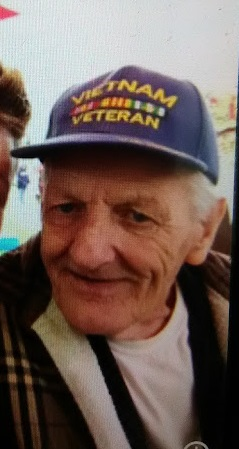 Please share a memory of William to include in a keepsake book for family and friends.
View Tribute Book
William Goodwin, known as “Papa” or “Buddy” to his beloved granddaughter Stephanie, died Tuesday, August 10,2021 at his home in Hawley. Born in Hawley, Bill was the son of the late Ellson "Shoney" and Loretta (Hess) Goodwin. He was a disabled Vietnam veteran who served in the infantry as a sharpshooter and master shooter in the US Army from 1964 to 1966. He received the Vietnam service medal and earned an honorable discharge. He worked as a heavy equipment operator until his retirement. A lifelong Hawley resident, Bill was a member of St. Paul's Evangelical Lutheran Church, Hawley. He enjoyed the outdoors, camping, fishing, hunting and going to fairs. Bill loved his dogs Buddy, Daisy and especially Sadie and adored his granddaughter Stephanie. Bill enjoyed working with his son Bill. He was also an amazing role model to his granddaughter and many others. He is survived by one daughter: Judy L. Goodwin of Honesdale; one son: William R. Goodwin of Honesdale; his granddaughter: Stephanie Goodwin of Honesdale; his sister and brother-in-law: Shirley and Leo Hughey of Florida. Bill was predeceased by a sister, Marion. Private cremation will be held at Lake Region Crematory, Lake Ariel.