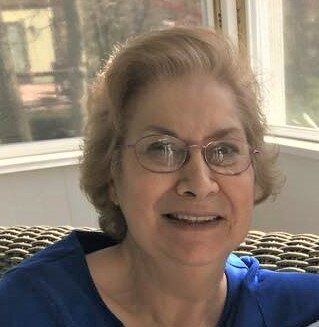 Please share a memory of Esther to include in a keepsake book for family and friends.
View Tribute Book
Esther F. Marino, age 82, a 48-year resident of Hawley and surrounding community, died Tuesday, August 17, 2021, at Regional Hospital of Scranton. Esther was preceded in death by her devoted husband of 44 years, Anthony L. Marino, in 2003. Esther was born November 13, 1938 in Orange, NJ and was the daughter of the late John and Marie Spallone of Chattanooga, TN. Esther and her husband Tony lived in Little Falls, NJ for 15 years before relocating their family to Pennsylvania. She held various positions at the Wallenpaupack Area School District until her retirement. Esther and Tony were co-proprietors of Jellystone Park Campground in Hawley for over 20 years. Together they built the campground into a vibrant summer tourism business. Esther was a devoted wife, mother and grandmother. She gave her time freely to those in need and spent many years caring for her grandchildren. She was the planner of many celebrations for family and friends. Her most cherished memories are of times spent in Florida with her niece Karen, a Medjugorje Pilgrimage Tour, trips to Disney with her grandchildren and spending time with her niece and nephew in Tennessee. Esther was active in her parish in the religious education and outreach ministries. She was an avid reader and enjoyed word games and craft making. Esther was treasured by her family and will be greatly missed as she was a loving inspiration. She is survived by two sons: Mark and his wife Diana of Long Valley, NJ and Scott and his wife Ta`ne of Hawley, PA; her sister: Rosanne Tucker and her husband Alan of Harriman, TN.; eight grandchildren: Tony, Steven, Matt, Alissa, Jennifer, Sara, Tim, Justin and two great grandchildren: Evelyn and Hayk. She was also preceded in death by her sons Anthony and Jeffrey and her brothers Anthony and John. Private graveside services will be held at BVM Queen of Peace Cemetery at the convenience of the family. Memorial donations in Esther’s name may be made to Catholic Charities USA, 2050 Ballenger Ave, Suite 400, Alexandria, VA 22314. Catholiccharitiesusa.org

Share Your Memory of
Esther
Upload Your Memory View All Memories
Be the first to upload a memory!
Share A Memory
Plant a Tree