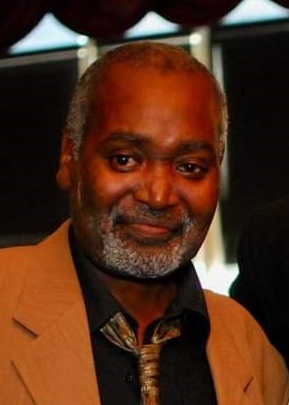 Please share a memory of Rodney to include in a keepsake book for family and friends.
View Tribute Book
Rodney Christopher Stevenson, age 55, of died Tuesday, December 14, 2021 at Wayne Memorial Hospital in Honesdale. Mr. Stevenson was born October 12,1966 in Plainfield, NJ and was the son of Luecreacher (Morant) Stevenson and the late Charles Stevenson. Rodney was an auto mechanic and enjoyed fishing. He is survived by his mother, Luecreacher Stevenson, his wife: Kasha Stevenson, two daughters: Shante & her husband, Christopher Bacote of CT, Taniesha Stevenson of PA and one son: Christopher Stevenson of CT; one brother & sister-in-law, Michael & Jackie Stevenson of Lords Valley, PA; one sister & brother-in-law, Tracey & Rickie Frasher, three grandchildren, several nieces, nephews, aunts, uncles and cousins. Calling hours will be Thursday, December 23rd from 10 to 11 am at Faith Christian Outreach Center, 104 Red Shale Rd., Hawley, PA, followed by the funeral service at 11 am, with Pastor Jackie Stevenson officiating, assisted by Apostle, Michael Stevenson. Burial will be in Green Gates Cemetery in Hawley.
Thursday
23
December

Share Your Memory of
Rodney
Upload Your Memory View All Memories
Be the first to upload a memory!
Share A Memory
Plant a Tree