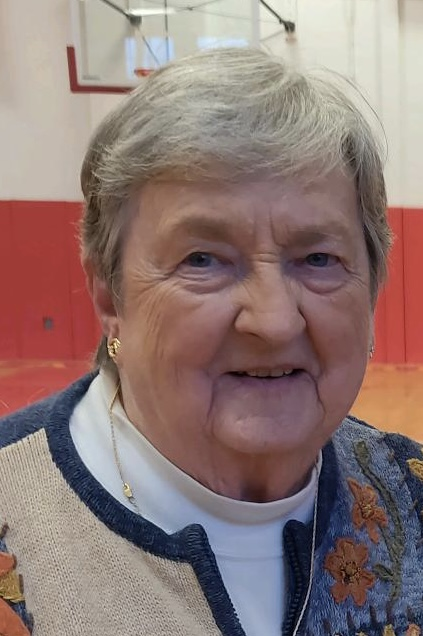 Please share a memory of Carol to include in a keepsake book for family and friends.
View Tribute Book
Carol Parker Brown, age 86, a resident of Tafton for more than 40 years, died peacefully Tuesday, February 22, 2022, at Wayne Memorial Hospital, Honesdale. She is survived by her husband, Thomas Scot Brown. Born September 6, 1935, in Philadelphia, PA, Carol was the daughter of the late Louis John and Evelyn (Firesinger) Parker. After marrying Scot, she became a Navy wife, a job at which she excelled. She earned her Bachelors Degree from Penn State University. She taught at Paupack Elementary School and Wallenpaupack Primary as a first grade teacher until her retirement in 1995. Carol had attended and played the organ at Christ Church in Indian Orchard. She was a member of the Alpha Xi Delta Sorority, the Daughters of the American Revolution, and the Woodland Weavers and Spinners Guild. Her most beloved role was “Grandy” to her grandchildren, all of whom dearly loved her. In addition to her husband, she is survived by her three sons: Scot Jr. and his wife Roberta of Warwick, NY, Kevin and his wife Terri of Paupack, PA, and Mitchell and his wife Chris of Havertown, PA; and her beloved grandchildren: Jordan, Liam and his wife Tiana, Ceili, Andrew and his wife Natalie, Connor, Sean and Kate. Donations in Carol’s memory may be made to Juvenile Diabetes Research Foundation at www.jdrf.org, St. Jude Children’s Research Hospital at www.stjude.org, or Penn State University THON at thon.org. Carol's friends are invited to a gathering to remember her and celebrate her life at The Newfoundland Hotel on Thursday, May 12, 2022 from 2 to 5 PM.
Thursday
12
May

Share Your Memory of
Carol
Upload Your Memory View All Memories
Be the first to upload a memory!
Share A Memory
Plant a Tree