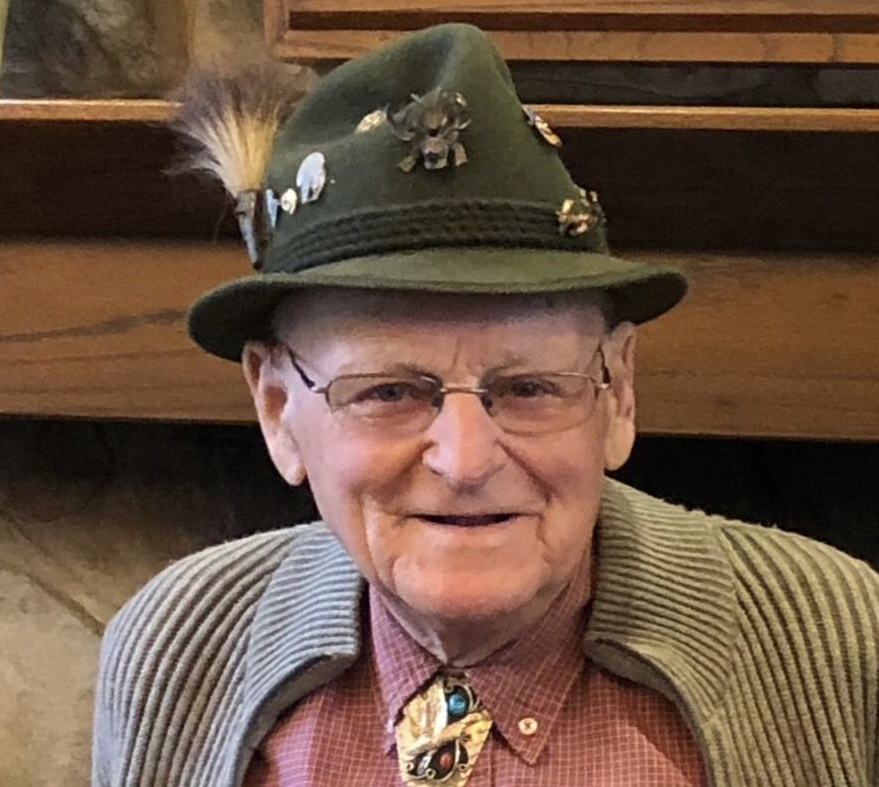 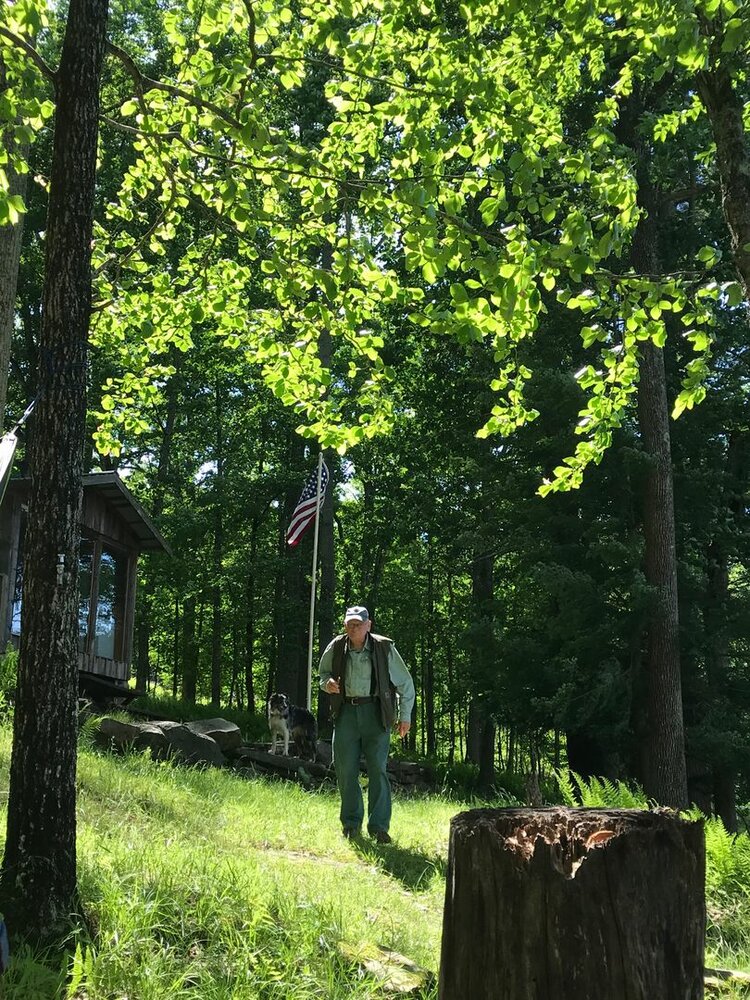 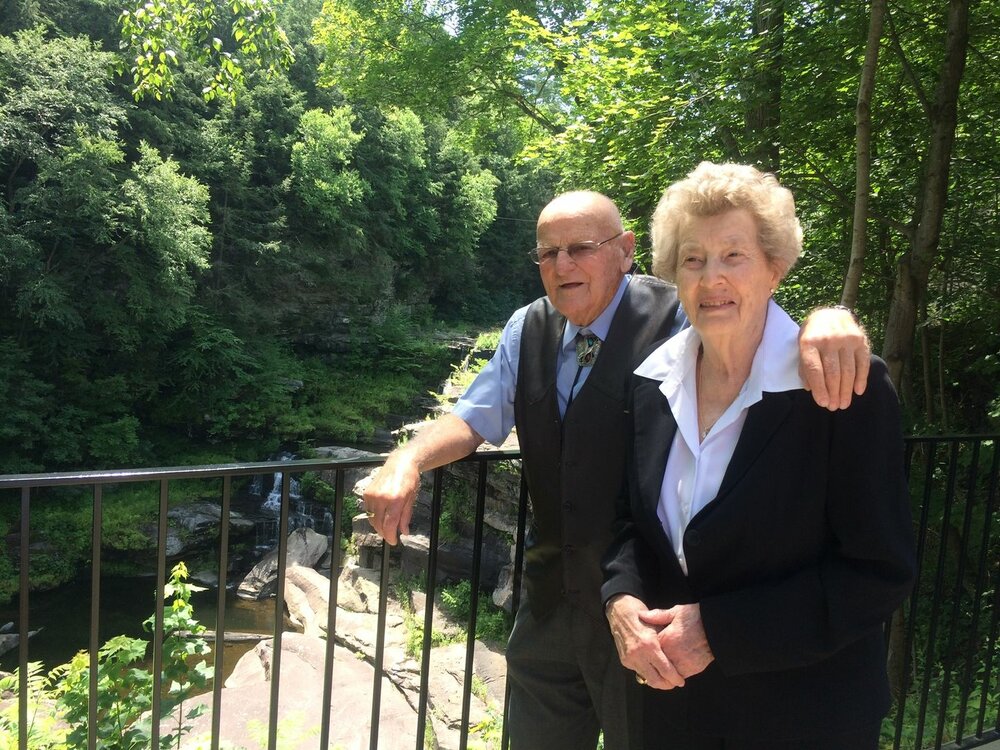 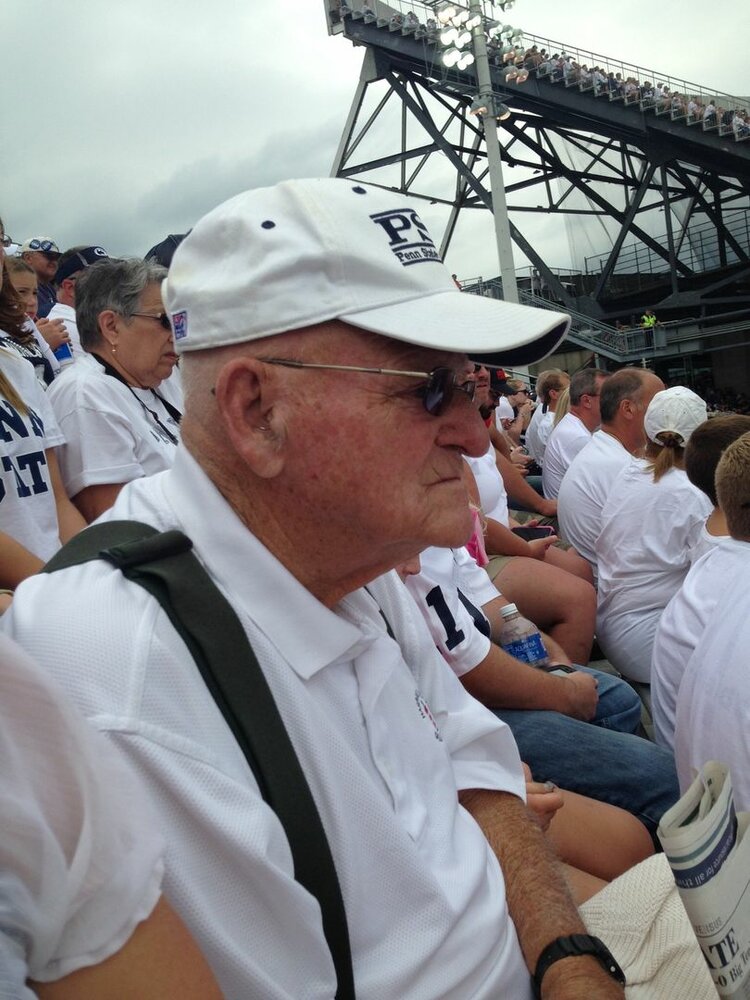 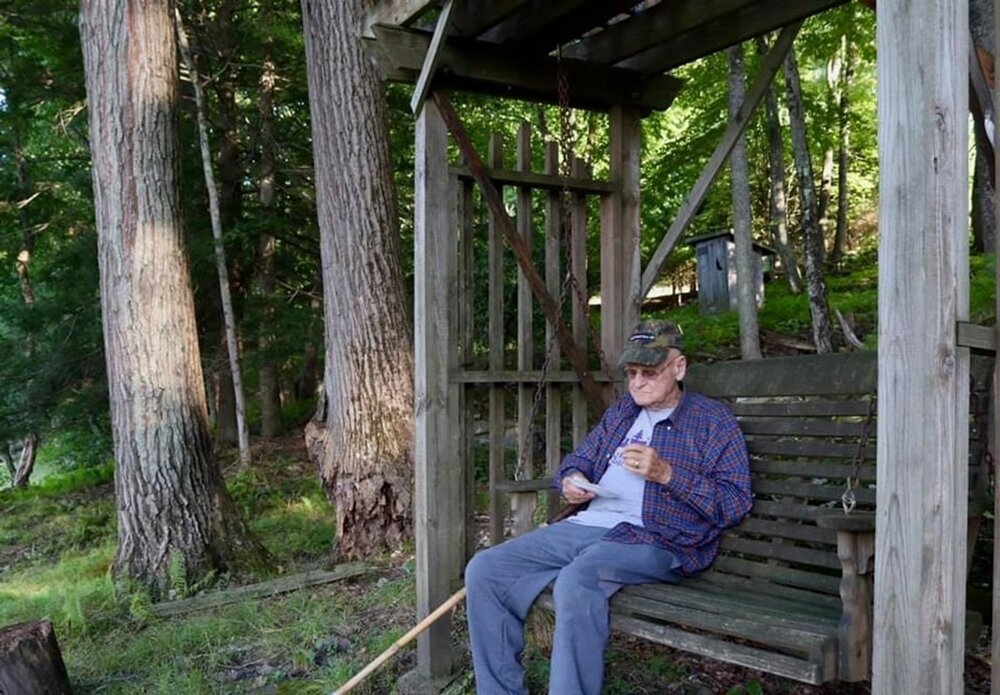 Please share a memory of Edward to include in a keepsake book for family and friends.
View Tribute Book
Edward Lewis Eggenberger, age 94, a lifelong resident of Greeley died Saturday, February 19, 2022. He is survived by his wife, Ella Ann (Holbert) Eggenberger, they would have celebrated their 75th wedding anniversary on March 2nd. Born May 26, 1927, in Shohola, PA, Ed was the son of the late Edward and Marguerite (Woodworth) Eggenberger. His life was filled with work and pleasure, both pursued with passion, energy, and pride. He was always proud of his work ethic and his accomplishments. During World War II, while at Bendix, he made aircraft parts for the military. A member of the Operating Engineers Union – Local #825, he worked in the construction of the natural gas pipeline in the section from the Lackawaxen River to the Hudson River. Later, at Reaction Motors Inc., an aerospace company, he helped build components for the Surveyor which traveled to the moon. Many of the area’s developments were shaped by his efforts. As a construction engineer, he worked on the design and construction of Tanglwood North, Tanglwood Lakes, and helped build Paupack Hills Golf Course. He oversaw the development of the community and ski area of Masthope, now Ski Big Bear, in Lackawaxen. His life in the ski industry inspired 4 generations of his family and countless others to love, pursue, and work in the sport. He was a lifetime member of the National Ski Patrol and founder of the Ski Patrol at Paper Birch which later became Tanglwood Ski Area. He was the general manager of the ski operations at both Masthope Mountain and Paper Birch. The Thundercloud lift and run at Ski Big Bear are named after him. He was a member of Beaver Brook Hunting and Fishing Club in New York, a member of the F & AM, Lodge #218, and a Charter Member of Greeley Volunteer Fire Company. He was also a member of St. Luke's Lutheran Church and the Church Council. Ed served on the Wallenpaupack Area School Board for 10 years, during which time the Middle School was built. He was an advocate for the vocational department and prudent spending. When not at work, Ed was an avid outdoorsman. He loved to sport shoot, hunt, fish, and spend time in the woods. His love for eating, cooking ,and enjoying the bounties of his endeavors was unmatched. After his son Mark graduated from Penn State University, he rarely missed a football game. He was a season ticket holder for 30 years and could always be found tailgating under his Swiss flag. All of this was made possible through his appetite for life, but also by the never-ending love and support of his wife and lifelong companion, Ella. He was preceded in death by his son Mark and his sister Marguerite DeCandido Schmitt. He is survived by two daughters: Dona Schmalzle and her husband Eddie of Lords Valley, and Joy Schmalzle of Englewood, FL; two sisters: Anne Schmalzle of Lords Valley, and Katy Bea of Park City, UT; four grandchildren: Denise Brice, Alexander Schmalzle, Edward Schmalzle, and Mackenzie Schmalzle; and his great grandchildren: Briella, Kinzey, and Sophia Brice, and Benjamin, Theodore, Eva, and Eliza Jane Schmalzle and numerous nieces and nephews. A Memorial Service will be held on Saturday, April 16, at 11 AM at St. Luke’s Lutheran Church, Route 590, Greeley, PA. Memorials may be made to St Luke's Lutheran Church, Greeley, PA 18425 or Hawley Public Library, 103 Main Ave., Hawley, PA 18428.

Share Your Memory of
Edward
Upload Your Memory View All Memories
Be the first to upload a memory!
Share A Memory
Plant a Tree