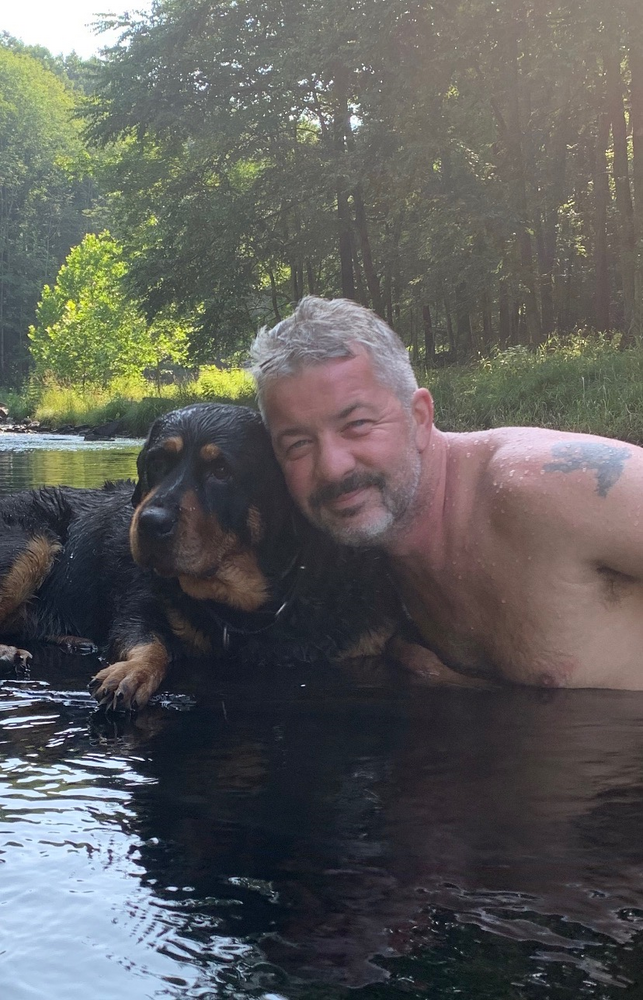 Please share a memory of Christopher to include in a keepsake book for family and friends.
View Tribute Book
Chris McClain passed away unexpectedly on March 10, 2022, at the age of 47. Chris was born on February 26th,1975 in Brooklyn, NY to Richard M. McClain and Mary P. McClain. He was a 1993 graduate of Wallenpaupack Highschool. He married his high school sweetheart Leah Esposito-McClain on June 6th, 1998, later becoming a loving and devoted father of two sons, Justin and Gavin McClain. His family was the most important part of his life. He found peace taking a cruise on his Harley and listening to music as loud as possible. He always spoke his mind and loved with everything he had. We will remember his quick wit, infectious smile and eyes that could never hide a thing. He is survived by his wife Leah Esposito-McClain, his two sons Justin and Gavin McClain, his father Richard McClain and his brother and sisters Rick McClain, Karen Mauro and Kerry Geesey. He was predeceased by his mother Mary McClain and his grandmother Grace Weiss. A celebration of life will be held Thursday, March 17, 2022 from 5-8 PM at Teeters' East Chapel, 505 Church St, Hawley, PA Memorials may be made to St. Jude's Children's Research Hospital, 262 DannyThomas Place, Memphis, TN 38105, Www.stjude.org or Keystone Mission, PO Box 470, Scranton, PA 18504, keystonemission.org
Thursday
17
March

Share Your Memory of
Christopher
Upload Your Memory View All Memories
Be the first to upload a memory!
Share A Memory
Plant a Tree