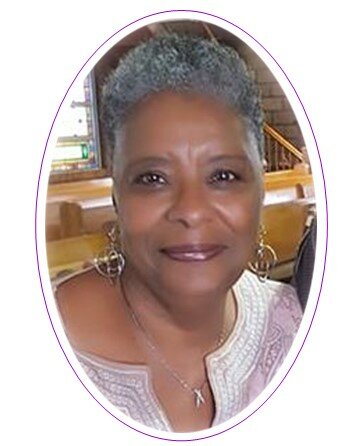 Please share a memory of Katherine to include in a keepsake book for family and friends.
View Tribute Book
Katherine Elizabeth Jordan Harrison was born on June 29, 1947, in the Bronx, New York to the late Isaiah and Mildred (Quander) Jordan. She was the second child to this union. Kathy, as she was affectionately known, attended and graduated from Yorkville Vocational High School in Manhattan, NY in 1966, where she was enrolled in their Nursing Program. Upon graduation she took and passed the New York State Board of Licensing for Practical Nursing. She worked as a Licensed Practical Nurse for several years and then decided to pursue her desire to further her nursing education. Kathy attended NYC Technical College in Brooklyn, NY, obtaining an AAS degree as a Registered Nurse. She went on to work at Peninsula General Hospital in Far Rockaway, NY, then Elmhurst Hospital in Queens, NY, until she moved permanently to Lackawaxen, PA where she worked at Wayne Memorial Hospital as a Nursing Supervisor until she retired in 2010. As a teenager, Kathy attended Soul Saving Station Church, Harlem, NY where she gave her heart to the Lord. It was at that time she met a young man by the name of Carlton Elliott Harrison. Carl and Kathy married February 8, 1969, and moved to Laurelton, NY. To this union three daughters were born, DeRosette (Dee Dee), Alisah, and Crystal. In 2003, Kathy and Carl moved from New York to the Masthope Mountain Community, Lackawaxen, PA. Kathy was a member of New Covenant Fellowship Church, Hawley, PA, under the leadership of Pastors Bob Nurnberger and Jackie Mohrmann, where she took pride in maintaining the cleanliness of the sanctuary on Fridays before Sunday service, participating in Samaritan’s Purse- Operation Christmas Child (The Shoebox Ministry) and later became church Treasurer. Kathy made Pennsylvania her home for 19 years until her passing on Monday, March 14, 2022, at Geisinger-Community Medical Center, Scranton PA. Kathy had three natural sisters, Ellen, Pauline and Virginia, and a brother “Freddy”. When her mother passed when she was four years old, Kathy and her siblings became a part of a large family with many brothers and sisters whose mother, Carrie McGhee, they affectionately called “Momma”. Kathy was a wonderful wife, mother, sister, aunt, and friend. She took time to talk and encourage anyone who needed it. She used her nursing skills to help those in need and loved her entire family with her whole heart. Kathy is preceded in death by five brothers Frederick Gibson, Willie James Rankin, Harvis McGhee, Sylvester McGhee, and Emerson McGhee; and five sisters Martha McGhee Patterson, Inez McGhee McMillan, JoAnne McGhee Johnson, Ellen Austin and Pauline Jordan Hamilton. Those who will forever cherish Kathy’s memory are her loving husband of 53 years, Carl Harrison; three daughters: DeRosette, Alisah, and Crystal; three sisters: Rose McGhee, Lula McGhee Sanders, and Virginia Jordan Williams; three brothers-in-law: Eugene Harrison, Wendell Harrison, and Peter Harrison; three sisters-in-law: Regina Harrison, Lauren Harrison and Jewel Harrison; seven nieces and six nephews of her immediate family: Allan, Tammy, Quill, LaSean, Joseph, Msanda, Tiffany, Jason, Sheri, Jorell, Kanaan, Elise, and Jordyn; many more nieces and nephews from her blended family too numerous to name; her lifelong sister/friends, Carol Jones, Addie Hampton and Pamela Tolson (the woman who introduced her to the love of her life); and a host of other family, friends and church family who loved her beyond words. A Celebration of Kathy's Life will be held at 12 noon on Saturday, April 2, 2022, at New Covenant Pentecostal Church, Columbus Ave, Hawley, PA 18428. Memorials in Kathy’s name may be made to Operation Christmas Child, Samaritan's Purse, PO Box 3000, Boone, NC 28607 or visit samaritanspurse.org. https://www.dropbox.com/s/cob7wy9svc2uxh2/Katherine%20E.%20Harrison.mov?dl=0
Saturday
2
April

Share Your Memory of
Katherine
Upload Your Memory View All Memories
Be the first to upload a memory!
Share A Memory
Plant a Tree