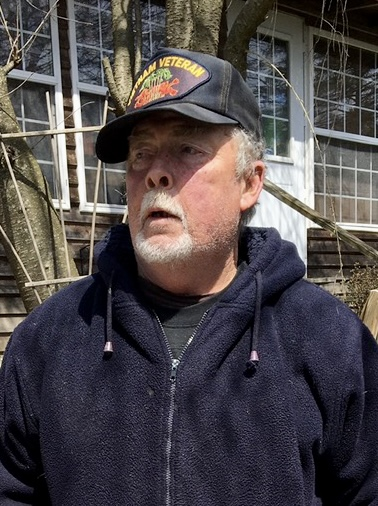 Please share a memory of William to include in a keepsake book for family and friends.
View Tribute Book
William E. McCandless, age 71, of Hamburg, died Sunday, July 3, 2022. He is survived by his wife of 22 years, Linda F. (McConnell) Nutt McCandless. Bill was born April 24, 1951, in Philadelphia, PA, and was the son of the late Agnes McCandless. He served in the Navy during Vietnam and was a truck driver. Bill was an active VA member and enjoyed 60's music, camping, attending auctions and reselling. In addition to his wife Linda, he is survived by three daughters and sons-in-law: Jennifer and Yinka Adbul of Delawre, Cheryl and John Lafty of Philadelphia, and Barbara and Matthew Fuller of Simpson, PA; a son and daughter-in-law: Frank and Nicole Nutt of Simpson, PA; thirteen grandchildren: Kaylee, John Jr., Kemi, Korede, Troy, Estelle, Christopher, Ryan, Mandy, Abigail, Frank Jr., Shane and Jj; three great grandchildren: Joshua, Levi and Rylee; two brothers: John McCandless and Robert McCandless; and one sister: Aggie McCandless. He was predeceased by a granddaughter, Brooke; two sisters, Theresa and Diane. Calling hours will be Friday, July 22nd from 10 to 11 AM at Teeters' Funeral Chapel, 505 Church St, Hawley, PA, followed by the memorial service at 11 AM with Rev. Edward J. Casey officiating. Cremation was held at Lake Region Crematory in Lake Ariel.
Friday
22
July