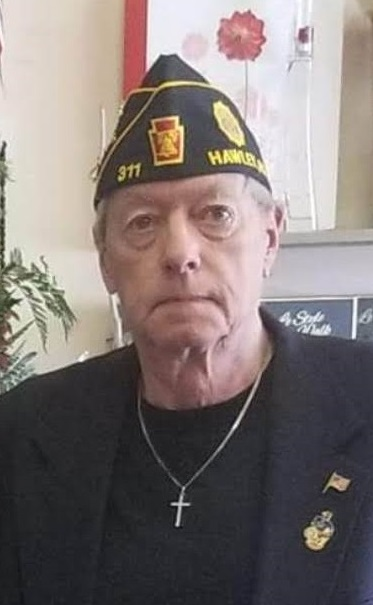 Please share a memory of Thomas to include in a keepsake book for family and friends.
View Tribute Book
Thomas Russell Scales IV, age 75, of Tanglwood North, Tafton, died Saturday, August 13, 2022, at Julia Ribaudo Extended Care Center, Lake Ariel. He is survived by his wife of 50 years, Julie E. (Hinkley) Scales. Born August 11, 1947, in Port Jervis, NY, Tom was the son of the late Thomas Russell Scales III and his wife, the late Helen (Fedorka) Scales. He served in the Army during the Vietnam War and worked as an engineer for the Erie-Lackawanna Railroad in his younger years. He then became a Pennsylvania State Trooper and retired as a Sergeant in 2000. Tom was a member of American Legion Post #311 in Hawley, where he had previously served as Post Commander. A member of BVM Queen of Peace RC Church of Hawley, he was also a private pilot and a fan of local track car racing. He was preceded in death by his two sons, Thomas Russell Scales V and Andrew Michael Scales. Interment will be held at a future date in St. Mary's Cemetery, Port Jervis, NY. Private cremation was held at Lake Region Crematory, Lake Ariel.

Share Your Memory of
Thomas
Upload Your Memory View All Memories
Be the first to upload a memory!
Share A Memory
Plant a Tree