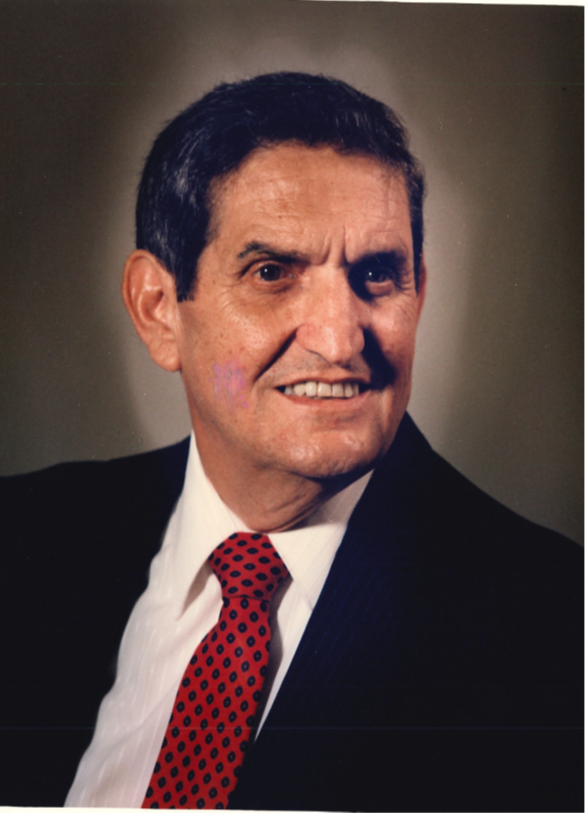 Please share a memory of Frank to include in a keepsake book for family and friends.
View Tribute Book
Dr. Francis “Frank” J. Furgele, aged 92, of Sandy Shore, Lakeville, died on Saturday, March 27, 2021. He was preceded in death by his wife, Mildred “Lucky” Furgele on March 9, 2008. Dr. Furgele was born March 13, 1929 in Shamokin, Pennsylvania, the son of the late John and Frances (Salvatore) Furgele. A graduate of Conyngham Township High School, Aristes, PA, he earned varsity letters in soccer and basketball and captained both teams during his Senior season. He garnered All Star Basketball status in his Junior and Senior years. Upon graduation he worked for a year in the Germantown Colliery near Centralia, PA. He went on to graduate from Bloomsburg University with a B.S. in Secondary Education. Furgele began his teaching career in Baltimore County, MD and remained there for one year. Returning to Pennsylvania, he was appointed to a teaching position in the Bristol Twp. School District, part of the newly developed Levittown community. He began teaching in 1953 at Delhaas High School where he stayed until moving to the newly built Ben Franklin Junior High School. At Ben Franklin he was named soccer and basketball coach and was assigned the responsibility of initiating and developing those programs. He also chaired the Social Studies and English Departments. Furgele was appointed assistant principal of Ben Franklin Junior High School in 1956. Dr. Furgele was selected principal of the newly built Woodrow Wilson High School at the age of 29. He was the youngest high school principal in the state at that time. Furgele assembled a truly outstanding faculty. Teachers were academically and student centered. The staff, students and community were united in their desire to have an outstanding school. After only two years in existence, the school was evaluated by the Middle States Association and received one of the highest ratings ever awarded to an individual school. Woodrow Wilson was able to compete academically and athletically with high schools throughout the state. During his years at Woodrow Wilson, Furgele went on to earn a Masters Degree and a Doctorate from Temple University. In 1968, Dr. Furgele was appointed Superintendent of the Claymont Delaware School District where he remained for ten years. He was one of four superintendents selected to head the four areas in the newly formed New Castle School District, a merger of eleven school districts in compliance with court ordered desegregation in 1978. He became superintendent of the Brandywine School District in 1981 and remained there until his retirement. After 39 years of service in public education, twenty-three of them as a school district superintendent in the Brandywine Area, he retired on June 30, 1991. Dr. Furgele had been an Adjunct Professor of Education at the Pennsylvania State University Continuing Education Program for thirty-three years, making his tenure one of the longest at the university. He also taught at Widner University and the University of Delaware. Throughout his life Dr. Furgele lived his motto, “I value an individual’s respect more than I do their affection.” He was a highly respected educator, administrator and much sought-after motivational speaker. Among his many awards, Dr. Furgele was one of only thirteen superintendents in the United States who has been named the recipient of a School Administrator Award given by the Alliance of Arts Education, an education component of the John F. Kennedy Center for the Performing Arts in Washington, D.C. He received the Delaware State Board of Education Medal of Excellence for Administrative Leadership; the Distinguished Service Award from his Alma Mater, now Bloomsburg University; and an Outstanding Award from Middle States Association of Secondary Schools. Brandywine High School, one of four high schools in his district, was honored by President Ronald Reagan at a White House ceremony, as a United States Model High School. He was selected as Delaware’s Superintendent of the Year; inducted into the Bristol Township School District Athletic Hall of Fame for developing well organized and highly competitive interscholastic athletic programs; and recognized for Outstanding Contribution to Guidance and Counseling Education by the State of Delaware. Dr. Furgele was a member of many professional organizations and was well known and respected in educational circles in both Delaware and Pennsylvania. Dr. Furgele called many places home over his 92 years but Sandy Shore, Hawley and the greater Lake Wallenpaupack area were where his heart always was. He was an active member of the Queen of Peace Parish and always ready with a warm welcome and had a sincere interest in every person he met on his travels. He treasured the beauty, the peace and the people that makes the area so special. To hear him speak of the area, you could feel the pride he had in calling it home. For the past 7-1/2 years he lived full time with his son John’s family in Glen Mills where he was affectionately known as “Baba” to many. His jokes and one-liners carried so much wisdom. He continued to touch and influence the many new friends he met. A loving and devoted father and grandfather, he is survived by two sons, John, Glen Mills, James and his wife, Jill, Ambler, and daughter-in-law, Gina Goggins, Wilmington, DE; six grandchildren, Frances ”Frankie,” John, Michael, Matthew and Jacob Furgele, and Emily Burdette. He was preceded in death by his wife of 55 years, Mildred “Lucky” Pliscott Furgele, his son, Frank, Jr., his daughter, Dawn Furgele Goggins, and his son-in-law, Michael Goggins. A Funeral Mass will be held at 10 AM on Saturday, June 19, at BVM Queen of Peace RC Church, 314 Chestnut Ave, Hawley. Following the Mass, friends and family are invited to Hotel Capri for a luncheon gathering.
Saturday
19
June

Share Your Memory of
Frank
Upload Your Memory View All Memories
Be the first to upload a memory!
Share A Memory
Plant a Tree