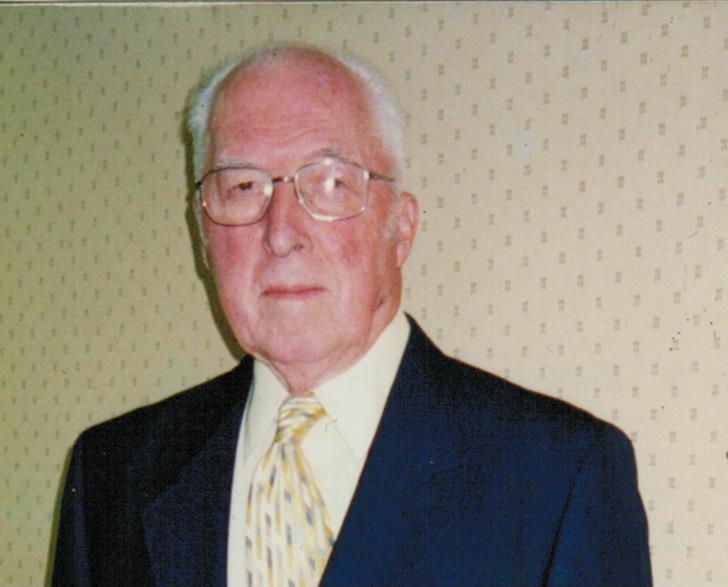 Please share a memory of John to include in a keepsake book for family and friends.
View Tribute Book
John C Dyson Jr., 98, of Hawley, died Thursday, December 23, at Bethany Village where he had been a resident for the past six months. Born February 3, 1923, as the only child of Myrtle Williams Dyson and John C. Dyson of Arcola, Montgomery County, PA, John was a veteran who served his country proudly in the Army during World War II, both in Europe and in the Pacific theater, as well as during the Korean conflict. He is survived by his only son: James D. Dyson and his daughter-in-law Barbara (Kika) S. Dyson of Hawley; two grandsons: Trevor A. Dyson of Lakeville and William T. Dyson of Voorhees, NJ; as well as Will's wife Kenzie (D'Angelo) Dyson and four-month-old great granddaughter Brynn Rey Dyson of Voorhees. John's former (the couple divorced in 1976) wife, Diane L. Dyson of Hawley/Honesdale, San Francisco, and Corning NY, predeceased him in 2006. Following his military service, John attended Hastings (NE) College and the University of Nebraska on the GI Bill and earned a degree in journalism. Eventually John's pursuit of journalism led him to Wayne and Pike Counties, where he purchased the Citizen Times (Honesdale) and the Pike-Wayne Eagle (Hawley) establishing the News Eagle and served as the papers' editor. With help from son, Jim, and many dedicated local employees who became friends, John helped create what became Wayne and Pike Counties' leading news organization and newspaper during more than 40 years of serving the Lake Region community. The Dysons sold The News Eagle in 1999. Visitation will be held from 1 to 2:30 PM on Wednesday, December 29, at Teeters’ Funeral Chapel, 505 Church St., Hawley, PA 18428. The funeral will be at 2:30 PM at the funeral home. Burial will follow at Pine Grove Cemetery, Route 507, Paupack, PA. The family wishes to acknowledge the caring professionals at Bethany Village, who cared for John in his final months. In lieu of flowers, the family requests that those wishing to do so consider supporting both the Hawley Library, 103 Main Ave., Hawley, PA 18428 and the Wayne County Library, 1406 Main Ave., Honesdale, PA 18431.
Wednesday
29
December

Share Your Memory of
John
Upload Your Memory View All Memories
Be the first to upload a memory!
Share A Memory
Plant a Tree